If you are not in the Agile world, It might sound like a gaming conference and a very fast one! It might be! Depending on what session you attend and your perspective. Agile Games is an annual Agile conference in Boston, Massachusetts; held by Agile New England.

This post includes the highlights of the Agile Games 2018 from my perspective. I hope it is valuable to you.

The AgileGames2018 started by Tim Ottinger’s keynote. He talked about Games, how we are using them & mainly safety around it. Games are fun, engaging and can easily transmit the message you want to deliver. They even can end up with very unexpecting results. 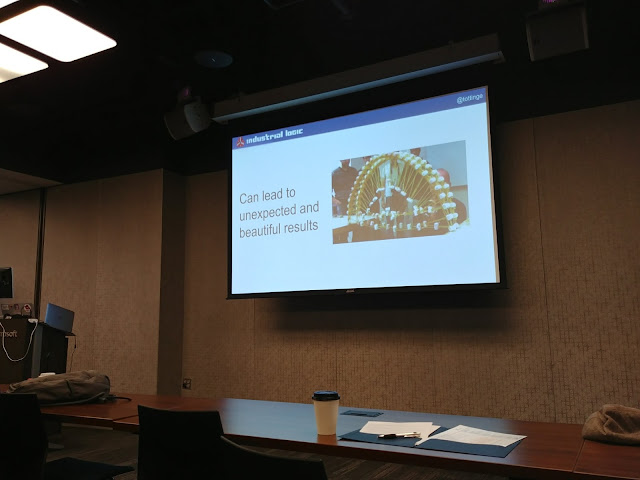 However, it is very easy to dive into the game and forget the main point. You don’t want to facilitate a session using lego on Scrum, and when the team members go back to the work and their boss asks them what they did, reply we played some lego! The games need to have a goal attached to them. 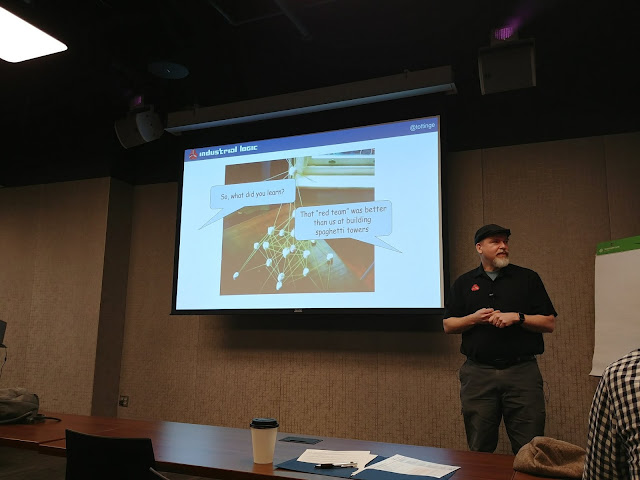 Also, a great point to consider about designing a game or running activities is safety. Don’t assume safety. When you are taking a picture, you might be making one person uncomfortable. When you are asking about the worst fear you can imagine in your facilitation, you are doing a very unsafe act. There are many aspects that you want to take into consideration. 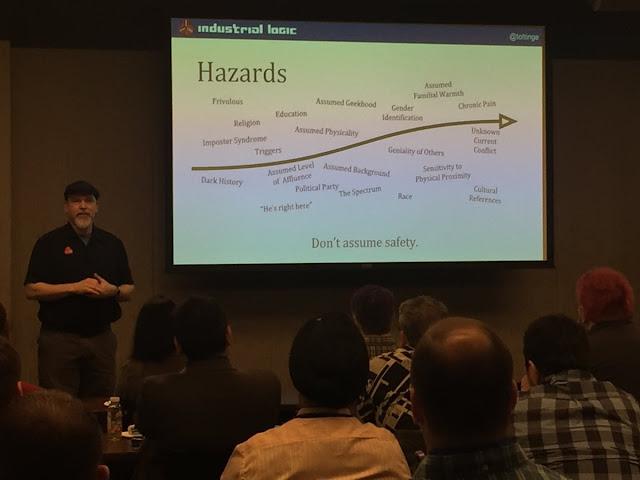 You don’t know what people have gone through. Tim shared a personal experience of himself, which was very touching. Don’t assume safety. It’s very hard to design a safe game/simulation. But good ones are out there and you can find them. 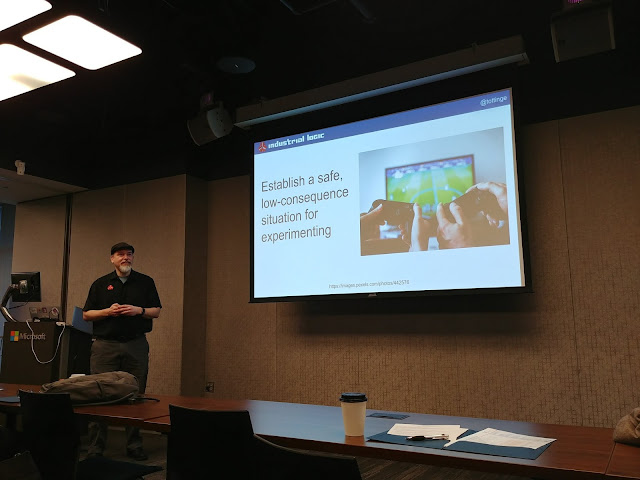 I attended a session with Woody Zuil. Based on the request of the people in the room, Woody has facilitated a coding dojo. We picked converting numeric numbers to roman numbers. We have gone through some discussion about coding, pairing, and mobbing. 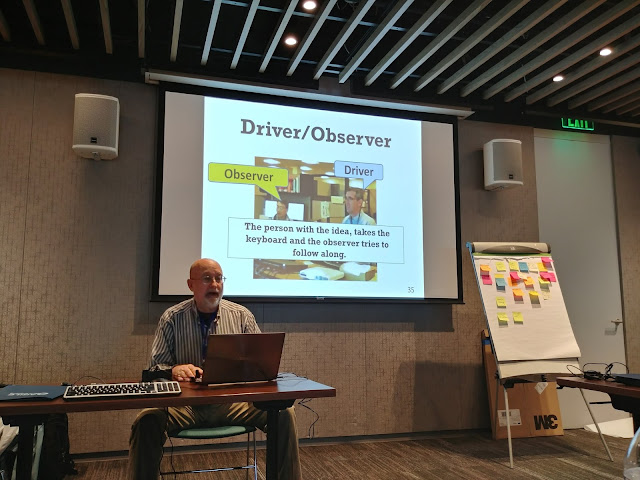 Woody talked about Driver and Observer v.s. Driver and Navigator. A navigator is a person that it thinking and navigating the development. However an Observer is a person that is sitting silent, and mostly thinking in their head, look at this idiot, he/she is not doing it right. I could have done a better job. You don’t want to become an Observer. Keep in mind that the driver is just an extension of the keyboard. He/She is an extension, a smart extension, to the input. 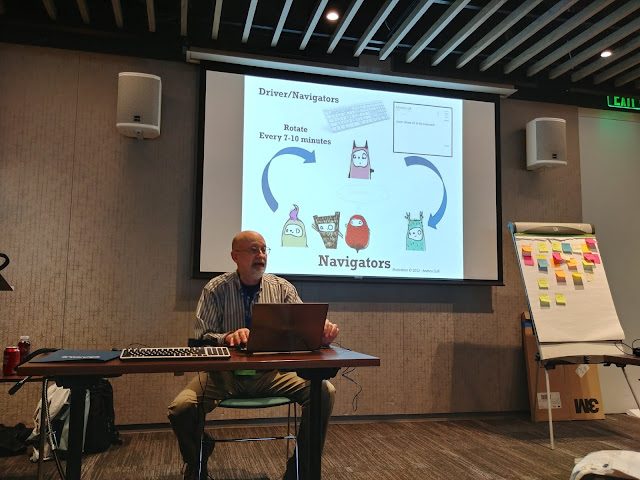 We also have gone over the rotation, and how it works. How the next navigator is thinking of solving the problem and how the navigator at the time becomes the driver next time to have some time off.
Some of the learnings from Woody:

I didn’t take part in Alex’s session. However, I learned from it. Through a very clever set of questions that gets into you, it helps you understand the situation better and connect with the conflict that you have at hand. 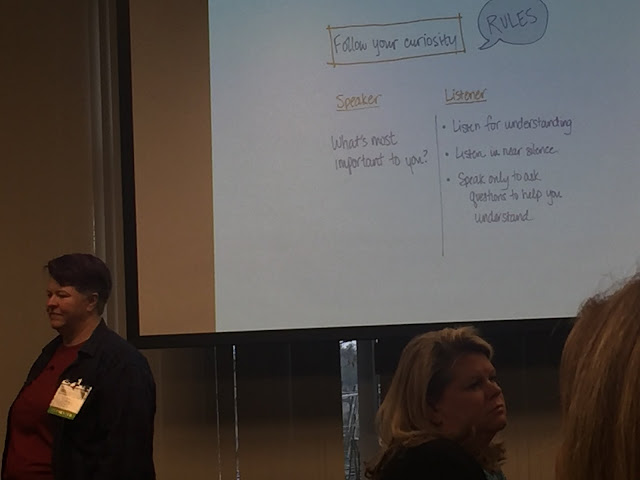 Dana talked about fear and how to deal with it. She introduced to us some tools. One of the tools is the “Fear Resetting Plan”. In this plan, you think of the one fear that you want to face, or you can face. Then you think of different aspects of it and find three ways to deal with it. Then you decide on one action. It was very nice seeing Dana delivering her first keynote. I was so excited to see her talk as the keynote speaker. She handled a stressful situation of running out of time, or the assumption of it raied from the volunteers very well. 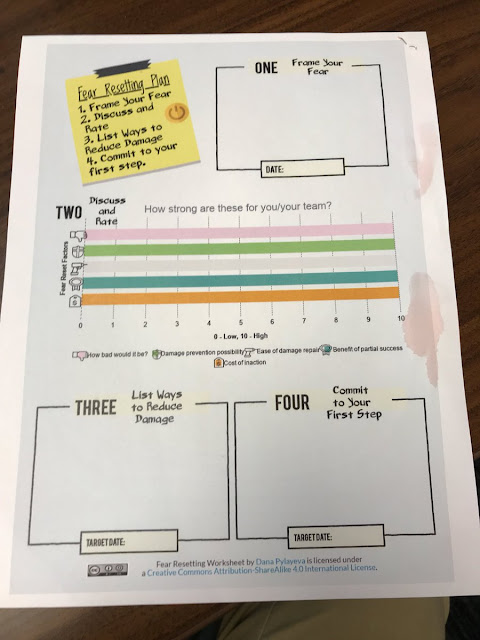 She then introduced us to another set of cards on fears. This is a set of cards that can get you toward dealing with fears in your organization, and gives you some suggestions called “Safety Enhancement Cards”. It is a nice game to play for and in a safe situation to talk about potential unsafe ones. 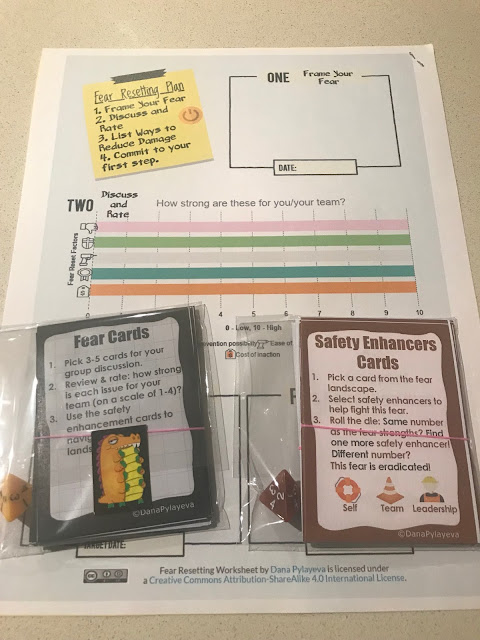 The closing keynote, as always when Dana facilitating, included lots of discussion and group activities.

The image above was just one of the rooms for the keynote. This conference would not have happened with the great work of Agile New England and its volunteers. Thanks to them a lot.
In addition to the people, I mentioned above, It was very nice to meet old and new friends of Johanna Rothman, Paul Boss, April Jefferson, Richard Kasperowski, Carlos Oliveira, Jon Odo, Andrea Chiou and many other great people there.