Skip to content
Twitter Linkedin YouTube RSS
Search
Close
I talked on one of my favorite topics, Coaching for the Torontonians in an event organized by Envision Agile. The audience was a group of Agile enthusiasts. The organizers were present at one of my prior coaching talks, reached out and asked me to give a talk at their event, and I gladly accepted it.
This time, I changed my typical routine of coaching talk (The Effective Yet Effortless Coaching). I presented the audience with two sets of questions to go over the Simple Coaching Model. One was aimed at getting the coaches to get deeper into their coachees thoughts and lead them through their underlying layers. The second set was more about getting them focus on what’s closest and had a biased to action. I also shortened the time for the activity to less than 45 minutes.
Both sets of questions are following the Simple Coaching Model. It showed an example of how it is diverse and can be used in different circumstances, with diverse or even unpredicted outcomes and/or goals in mind. 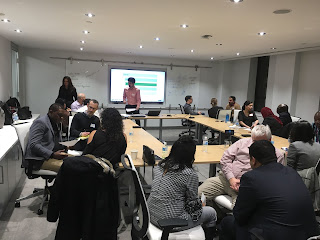 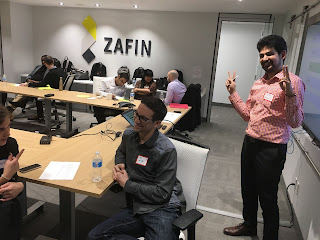 As it is obvious in the pictures, this time I asked people to self-arrange into groups of three instead of two. I introduced the role of an observer to be able to give the coach and coachee feedback based on the two sets of questions. Also, the session was way shorter in time and debriefing. 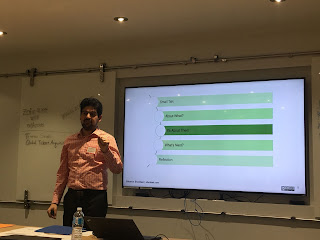 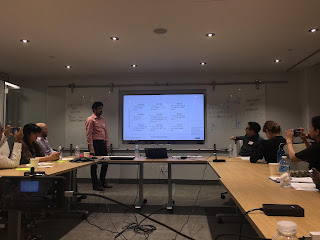 I am glad that with all these changes, people found it very useful. If felt like a completely new session to me. By the end of the session, I have passed on sheets of paper to gather feedback. And I am very glad that I have received great positive feedback. I didn’t ask permission to share the audience’s feedback. However, Yen posted some of the picture above on the LinkedIn and stating it was a great event. It is great to see such promoters after a session, it is the best feedback for itself.
You can find the presentation embedded below; also at https://to.sheidaei.com/coachingcoachyou.