Skip to content
Twitter Linkedin YouTube RSS
Search
Close
It was part of a team building exercise. The company I am working for took the ones interested in to a cooking event. The cooking event was a social occasion, it was a four-hour event in total, divided in two. In the first two hours or so, a professional chef showed us how to cook a pasta and a sauce. He cooked it in front of us and answered all of the questions relevant to the topic. 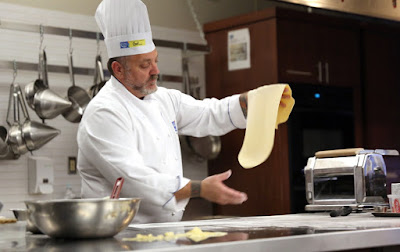 After just observing him for two hours, we had been asked to form teams and try to make the same pasta. However, this time, the sauce was a new one. We created 4 teams and worked on the pasta. At the end, we made four different pasta sauces, only one of which we have seen been prepared in front of us. 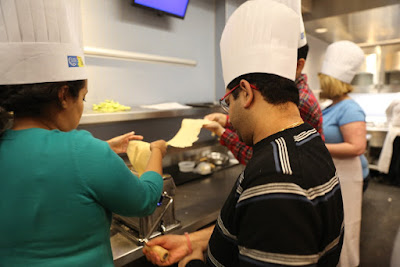 The chef let it to us on how to organize and who to do what. We needed to get the ingredients ourselves from big fridges. We ended up self-organizing into three different groups within our team, one working on the sauce, one on the pasta and one on the stuffing. The people, if they got bored or wanted to try their hands dirty with other parts of the dish, were able to move around and no one was asking why or telling them what to do. We would hover around (shadow) other team members and see what they were doing. We were giving them feedbacks, on what we thought we knew best. From time to time, a team member would consult the chef for his professional opinion. 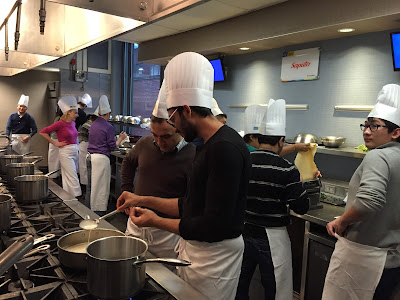 We had a limited amount of time. We ended up making pasta per instructions. We filled them with the stuffings and had the sauce on top. The first run was not satisfiable to all team members, but we didn’t have a choice. We were running out of time, so we had to ship the plate to the judges, and that’s what we did. Every one of us was trying to deliver what we thought it was valuable. We tried our best to deliver the closest to what our customer (i.e. chefs that are judging us) wanted. You can see the result below. So many different shapes and so many sizes, all of which showing continuous improvement over time. 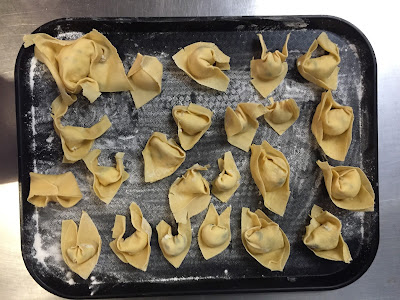 The results were in, and we got the best flavour (taste) out of all the teams. Although we were lacking in presentation, we have achieved what we targeted for. We made the most delicious pasta as a self-organizing team. (our dish is the one with the sliced limes in the image below) 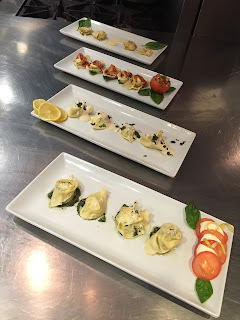 While the judges were trying our pasta, some of the team members decided to give it another shot. They improved on their dough making techniques, and they were able to make an even better dough for our pasta. 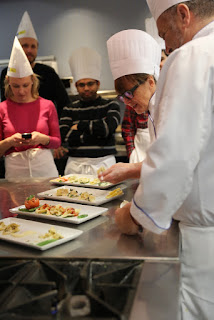 Have you noticed similar scenario happening in Agile Teams? A self-organizing team that has a leader to lead them on and show their way. To continuously improve on their product and deliver. Although each of us had different backgrounds, we were able to organize, in a trusting environment and improve upon that. We were able to help each other and the most important, we delivered the best taste. Thanks to the great people I had the pleasure to work with. 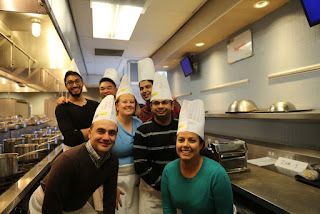